Nuno Reis’s art needs to be dissected beyond its surface value and its initial impact as street art. Visual representations in Nuno Reis’s work are torn between two urban experiences that took place in two different periods in time and two different places. Nuno Reis’s work aims at representing his personal experiences of living in a city. His current experience of presently living in London –it’s pace; it’s ever changing landscape; it’s routines- juxtaposed with a similar experience of living in the city of Porto (Portugal) four decades prior.
The starting points for his work are often advertisement posters that are ripped from the street walls, as the events they showcase are happening. They encapsulate the ‘nowness’ of this city. The colours, the words, the lifestyle. Nuno Reis captures these realities and develops his work by using similar methods to the ones used by the passing of time - by wear and tear; by ripping and replacing; by layering, layer after layer- thus creating endless combinations of realities. Graffiti references are often present, again stolen from the streets, words heard from conversations, written on the walls.
Early childhood drawings are also a source of ideas. They represent an urban experience seen by the eye of a child. Each mark captures a feeling; a fragile but determined attempt at representing the urban reality. They are juxtaposed in the surface of his canvas. They show cars, houses, flowers. Each line captures the essence of the emotion that has created it. This is how Nuno Reis still likes to work. He uses the same methods as a child does, the same approaches, each line, each layer, each tear showing the emotion, the strength, the fragility that has created it. He blocks out areas of the surface using bits of ripped posters, words are sprayed, some written back to front, bits are torn away revealing the layers underneath.
His paintings tell stories. They tell of journeys in time, sometimes spanning over a period of 40 years. They are as much about what is there as what it has been removed, replaced or left blank. They showcase the hardware of the city, the quick passing of time, the speed in which things change and are replaced by new realities. They are as much about destruction as they are about creation and are definitely about the process and not the result. The celebrate change, the transient reality and the power we have to reinvent ourselves and our reality, permanently. 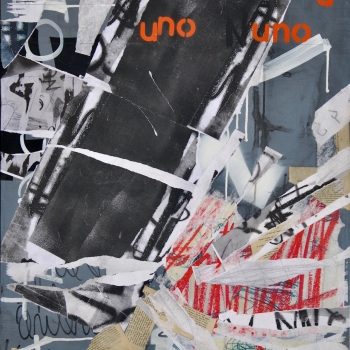 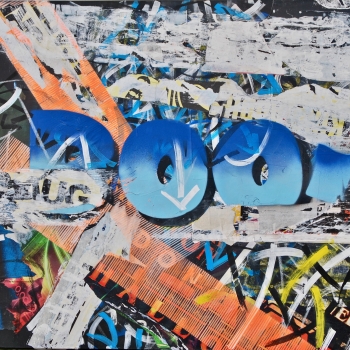 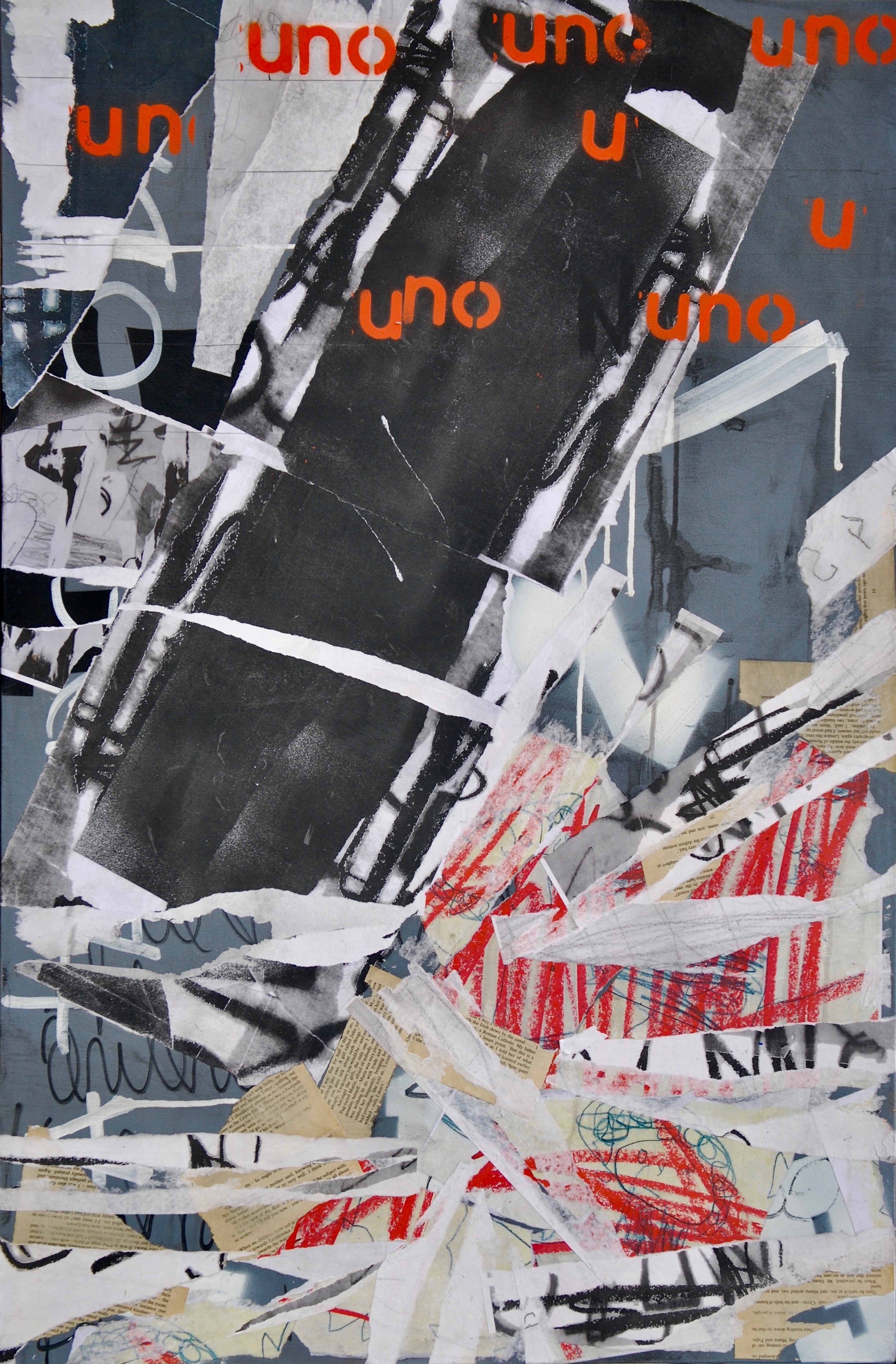 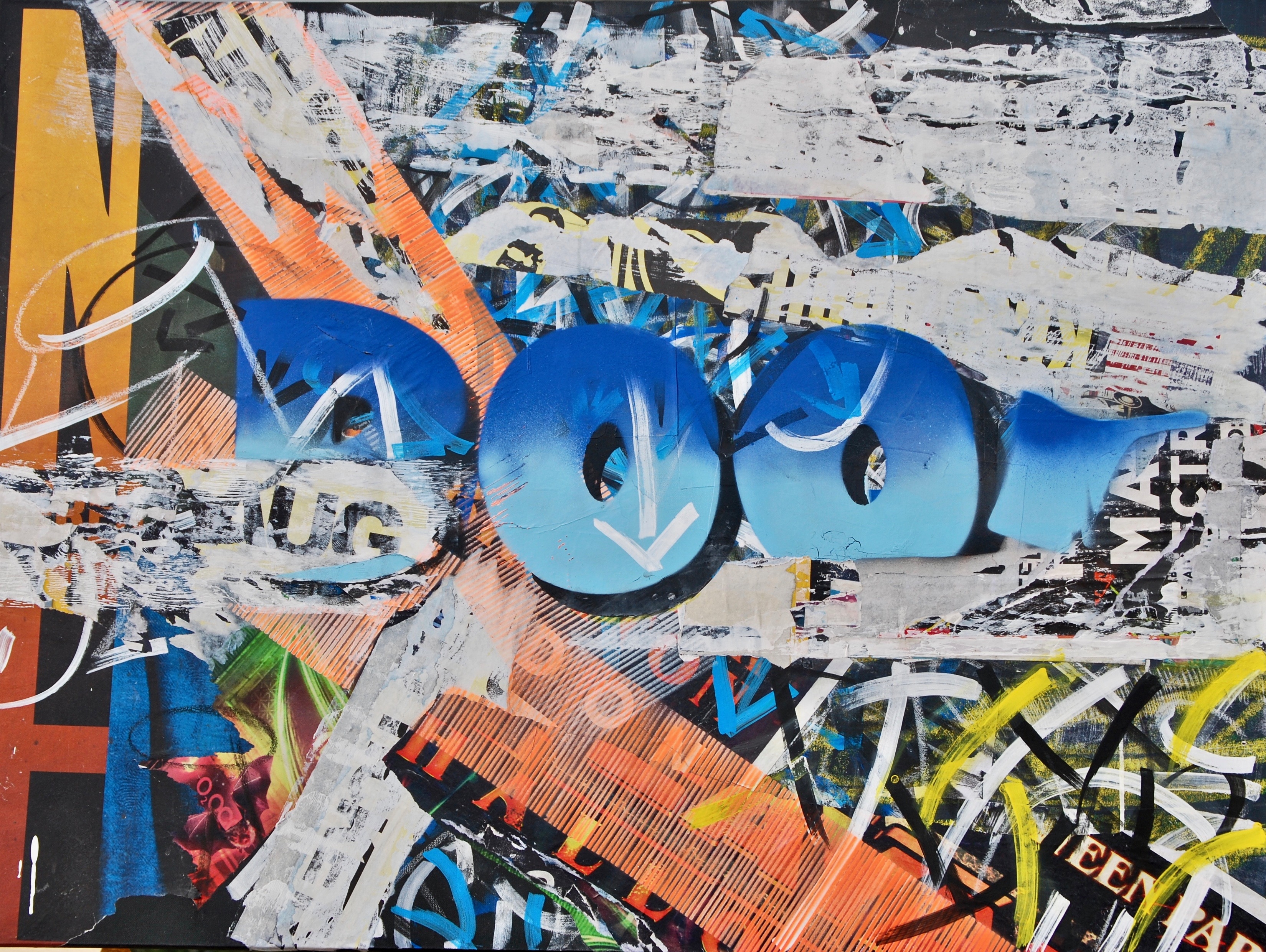