Born in 1959 Max Gottlieb grew up in North London and attended Hampstead Comprehensive school.
He is self taught as a Production Designer and Artist. Max starting work in the 90s,on music videos then commercials and onto his first Feature film ‘Shopping’ staring Jude Law and Sadie Frost, Max honed his craft moving between different formats, more recently taking on multi series TV with such series as The Tunnel, Marcella and ITVs ‘Strangers’( ‘White Dragon’ on Amazon)

Horizon is a series of paintings loosely based on the experience of spending time near the sea.In Deal,Kent UK and in Miami.
Exploring the contrast between what appears to be a straight line and the infinite altering elements around it ,light in the sky and sea state.
Never ceasing where we come and go.
Max is interested in contrasting use of Acrylic brushed paint with the use of sprayed paint and the infinite subtlety and depth it can give to explore these relationships.
While being influence by these elements these paintings develop in and of themselves to be about the physical properties of paint itself and types of marks rather than stories or pre determined images, the qualities of paint move towards and define the end composition.
A commonality between Max’ film work and painting is that there are rules to adhere to that he uses in both regarding composition, colour and harmony,organizing elements into a ‘finished’ appearance. The difference is that film work is budgeted and has to be previsualized and planned very precisely involving lots of different trades, whereas painting is like a rollercoaster ride where you have to hold on to all your thoughts and recognise their reassemblage by the end,a sort of giant sifting mechanism that has its own gravity.
Painting gives Max a way to explore more intangible subjects in finer detail than is the scope of Production Design.

Also aware of how we consume images now and how Max’ Films are watched digitally Max notes this within his work and how hard edge and bright digital colours are all part of our world now and more particularly how we filter the world through our own lenses. In particular Max draws attention to this in ‘Swamp’ after seeing an exhibition at The Boca Museum about the history of Florida painting where ‘periods’ of style can be strongly recognised and paint technique can be seen to the point of sepia and burnt umber renditions of pastel Florida scenes, contrasted with what might now be called Miami Vice pink.
The idea of Horizon has a question mark inherent as it is a marker point that only exists at a distance, like a mirage.With all about it in constant flux,so changeable as to never be the same twice .There can be loose definitions like storm, sunrise, sunset, calm but these are broad groupings for infinite variation.

Horizon also has an attraction and magnetic pull, a calming influence, fascination and intrigue.It has a surface and a beneath, a visible and an obscured, a definition and infinity and a reflectiveness about how we live on this earth. 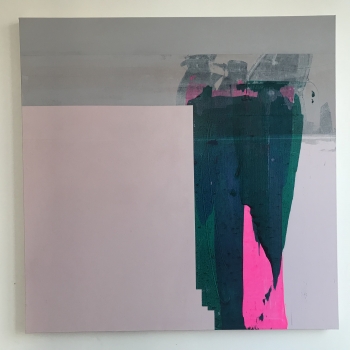 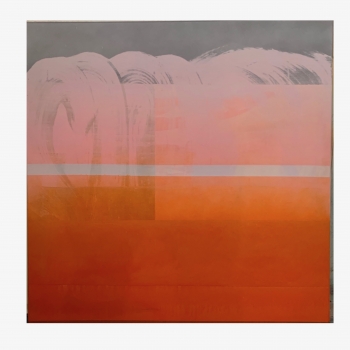 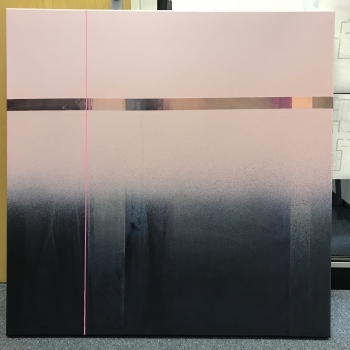 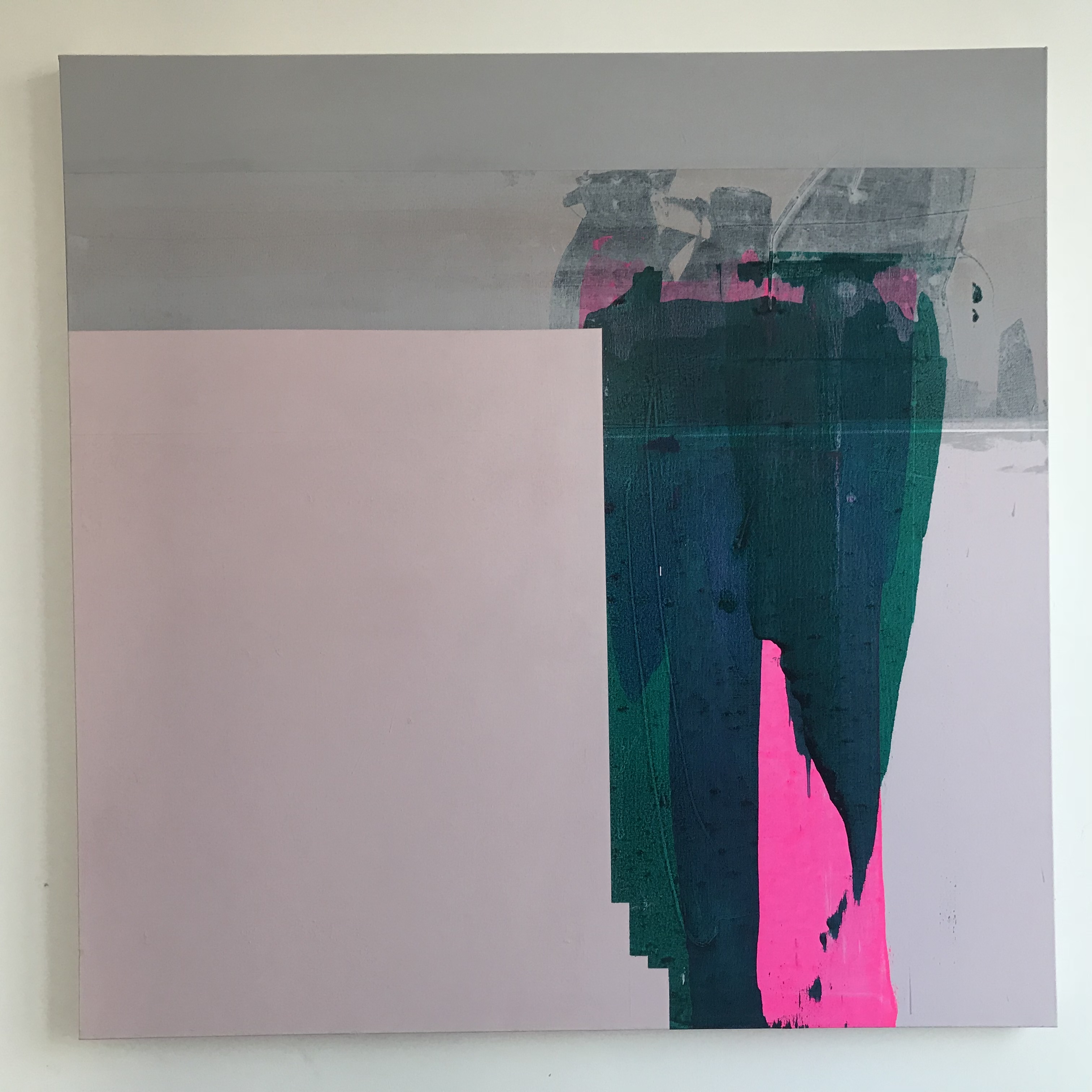 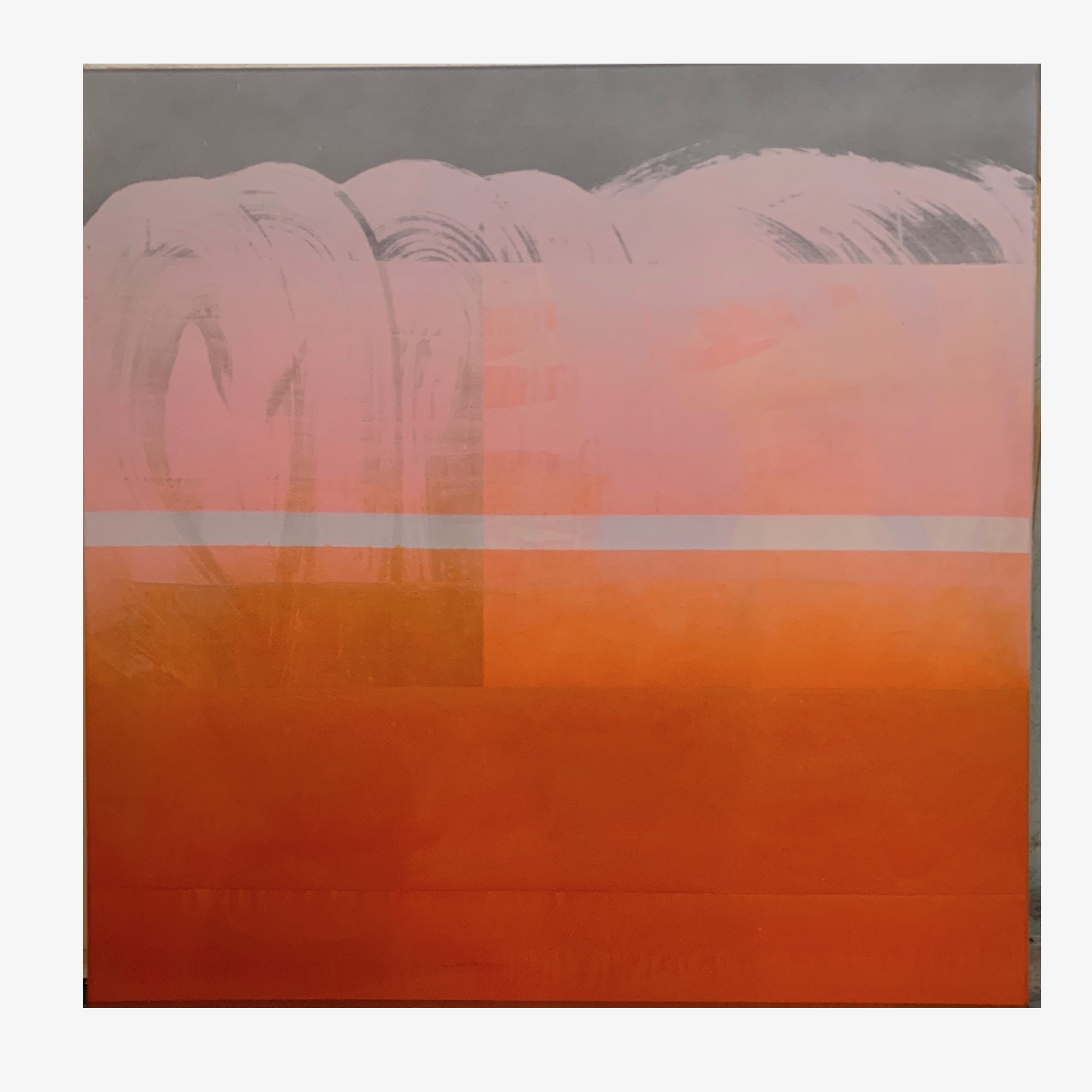 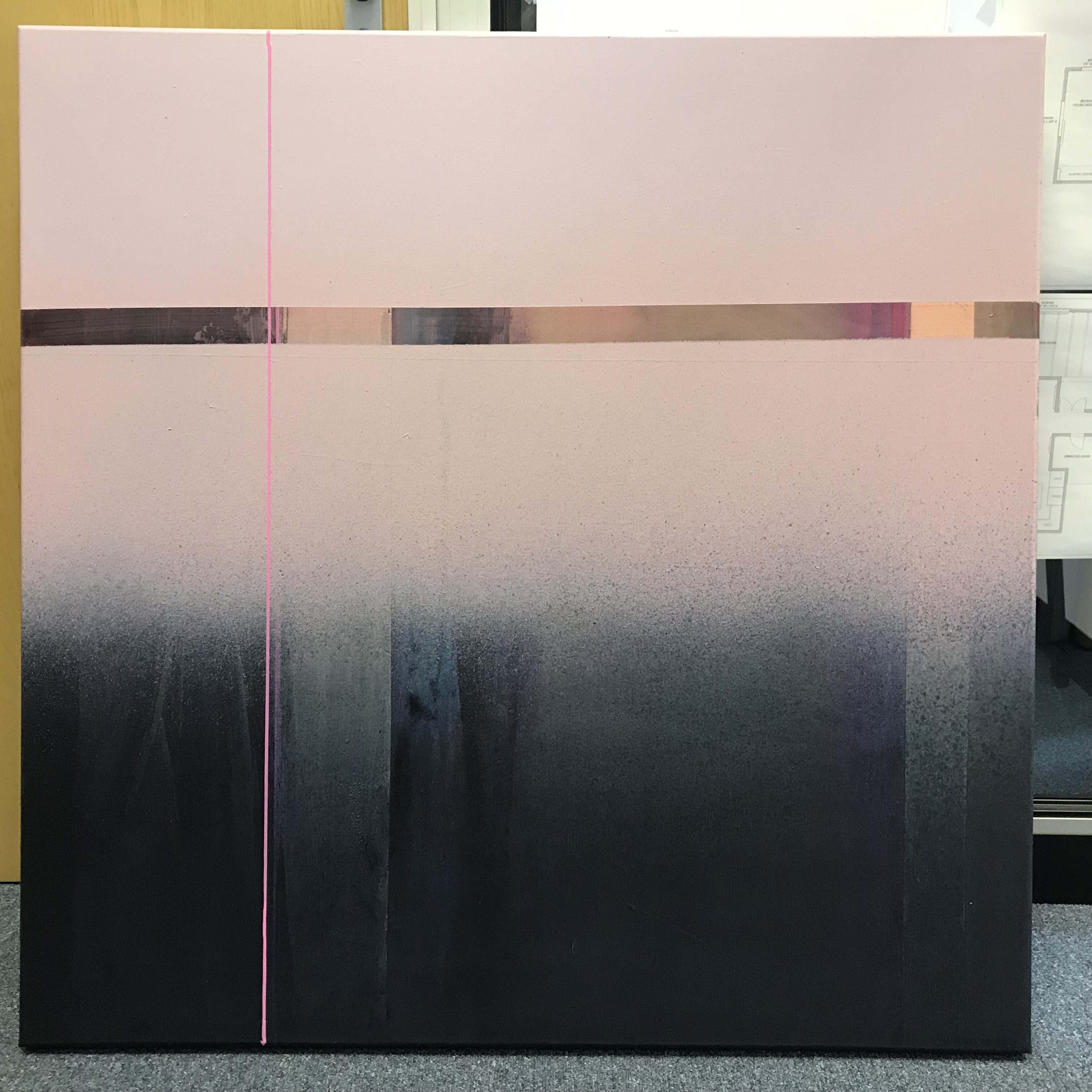